This post contains affiliate links which means if you click on a link and choose to make a purchase I will receive a commission at no additional cost to you. See our disclaimer for more information.

If you interact with Pinterest at all you will know that things are changing. Pinterest is an evolving platform and adding new updates constantly. Some changes are for the good and other changes we wish they never happened.

Make sure you Pin it and SAVE this post for later if you don’t have time now. 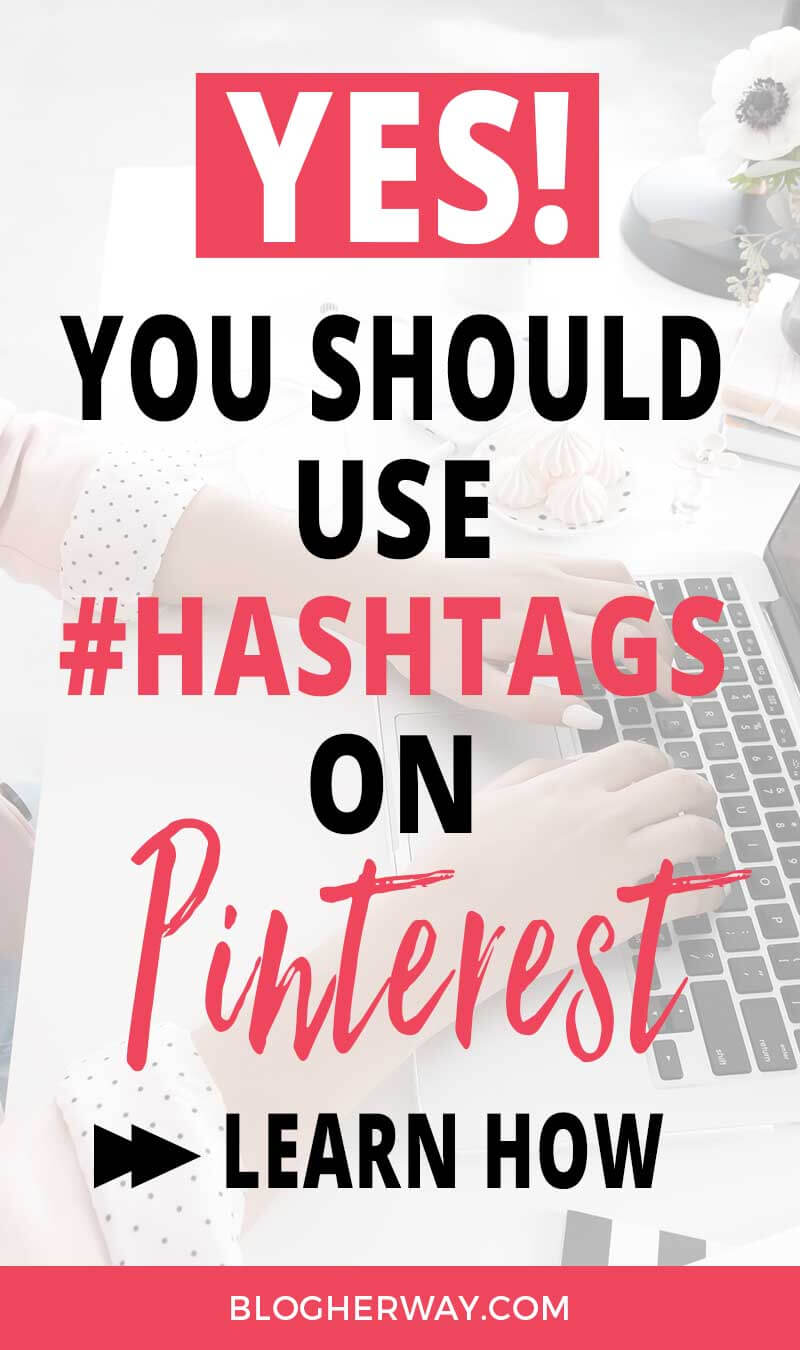 Before we jump into it I want to briefly talk about my favorite Pinterest scheduler. I originally did manual pinning, but I just wasn’t able to keep up with regular pinning everyday. Pinterest values a consistent pinner and that was the main reason why I use a scheduler. I wanted to be able to be active on the Pinterest platform without having to be “active” on the platform everyday. Now let’s discuss why you should be using hashtags on Pinterest.

What is a hashtag?

A hashtag is a word or phrase that is preceded by the pound or # (hash) symbol. Up until now hashtags have been largely frowned upon on Pinterest and those who were using hashtags were mostly spammers. Everyone hates a spammer!

The ultimate goal of hashtags from a user perspective is to “filter and find content that they are interested in”. Pinterest’s word’s not mine.

You may be thinking that this is just one more thing to learn and try to master when it comes to Pinterest for your business, but think of hashtags as a good thing.

Want an easy way to create pins for your content?

Check out my Pin Productivity Power Pack for Canva.

It is generally understood that newer pins can sometimes have a hard time gaining traction. Pinterest tends to favor showing older pins in the Pinterest feed. The caveat about the hashtag feed on Pinterest is it shows pins chronological as they are pinned, similar to an Instagram hashtag feed. That way you can see what is trending now for a given hashtag. This way a new pin will show up in the hashtag feed and it can help people find your content.

On the computer: At the time of writing this post from my Pinterest user perspective. (I say from my perspective because not everyone has the same Pinterest user experience at the same time. Some features are tested out on a small audience before it is transitioned to all accounts.) Currently, Hashtags show up in my Pinterest feed or search feed after a rich pin title or in the case of a non rich pin they will show up after the pin description. 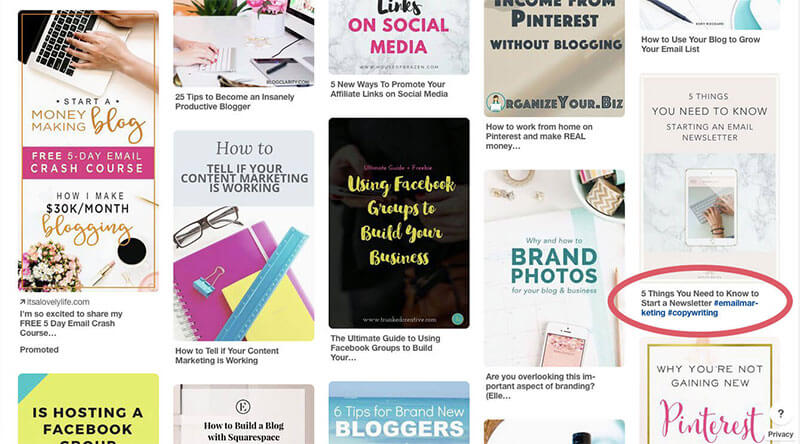 On the phone: On my phone hashtags do not show up in my Pinterest feed like they do on desktop. If a post has a written hashtag it is not clickable. If you click through to the pin then the hashtags become clickable. 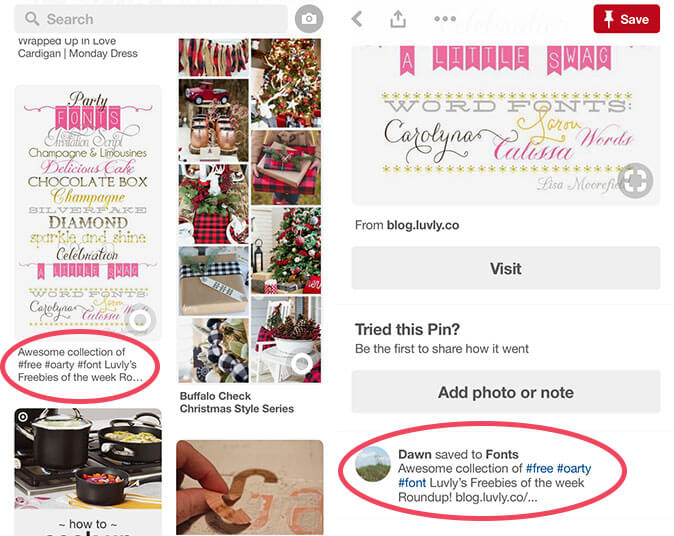 On the phone if I click on explore Pinterest will suggest popular hashtags for me of trending topics. 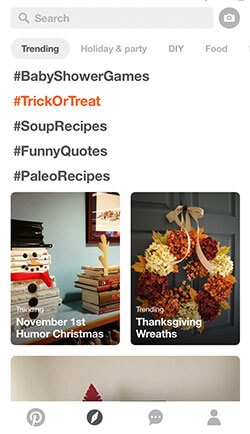 On the desktop, it does not suggest any hashtags unless I type in the # first. 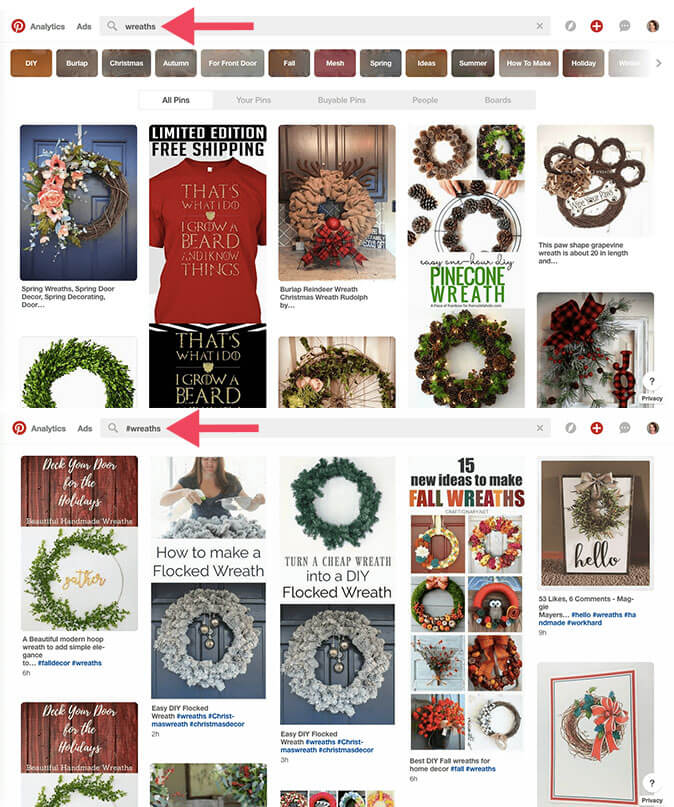 When I first wrote this post Pinterest best practices stated that you could use up to 20 hashtags as long as they were relevant to the post content. Since then they have changed (Pinterest is always changing) and now they only really recommend including 2-3 hashtags that are the most relevant to your post.

In the feed, you will see up to 5 hashtags.  Horizontal ellipsis symbols indicate that there are additional hashtags. You can see all the associated hashtags when you click on the Pin.

You should put your hashtags in the Pinterest description. Usually I would put it at the end of your description, but I have also seen some hashtags scattered within the description.

Remember to use up to 20 hashtags in your Pinterest descriptions. Hashtags are just another way that Pinterest will categorize your pins. Using hashtags can help newer pins succeed because the hashtag feed shows pins chronologically.

Let me know in the comments below your thoughts of using hashtags on Pinterest. Is this a Pinterest change that you hate or are you embracing it with open arms?

Learn more about how to use Pinterest for your Blog:

Don’t forget to Pin and SAVE this post for later!

Hi! I'm Tricia the founder of Blog Her Way. I teach aspiring bloggers how to set up their website + grow their email list to start earning income online.

2 Comments on Yes! You Should Use Hashtags On Pinterest. Learn How 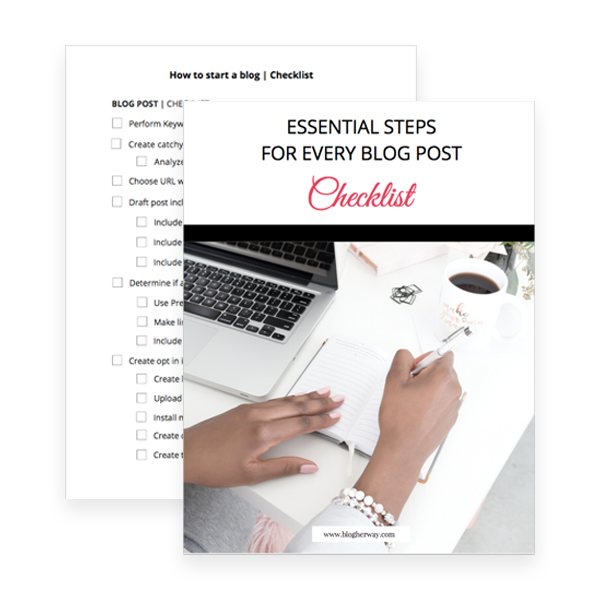 Essential steps you should take before publishing your post!

I WANT THE CHECKLIST!